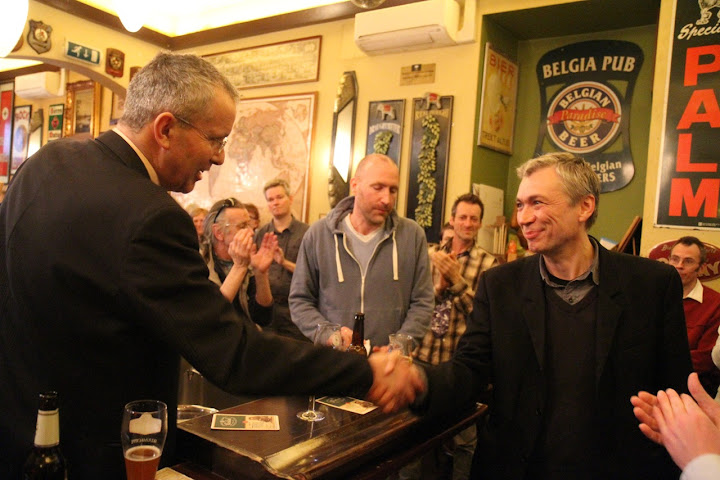 Stef Soors scored 6 points, and came very close to a GM norm, but unfortunately lost in the last round.

The prize for the best game went to Thomas Willemze for his beautiful attacking win against Lucas van Foreest.

Here White has just sacrificed on h6 and found the great follow-up 20.f4. A pretty queen sacrifice finished the game.

The prize for the best endgame went to Lars Schandorff for his impressive endgame win against Sabino Brunello.

In this position the queens have just been exchanged and White is better, but it still took very good endgame play to beat the highest rated player of the tournament.