↓
Home Menu ↓
Skip to primary content
Skip to secondary content
Home→Round reports→Report round 6
by Fedja Zulfic
The sixth round saw the players return to the Batavia Cafe (the fifth round was played at the Stadsarchief Amsterdam (Amsterdam City Archives) and this was followed a rest day). There was also a return to winning ways for Dimitri Reinderman, who played another nice game to end the norm chances of Edwin Van Haastert and move to 5.5/6.

Polish GM Warakomski moved into clear second place with a win over Nico Zwirs. The Dutch player had a great position after the opening but failed to put his opponent to the sword and his opponent managed to turn the game around. Zwirs is the last player with chances for a norm but now needs three points from his last three games, a tough ask.

Finally, Friso Nijboer was much better for almost the whole game against Manuel Bosboom but blundered one of his exchanges back just before the time control. Even so, the endgame was still winning, but White could not play with the exact precision required and allowed Black to escape with a draw. 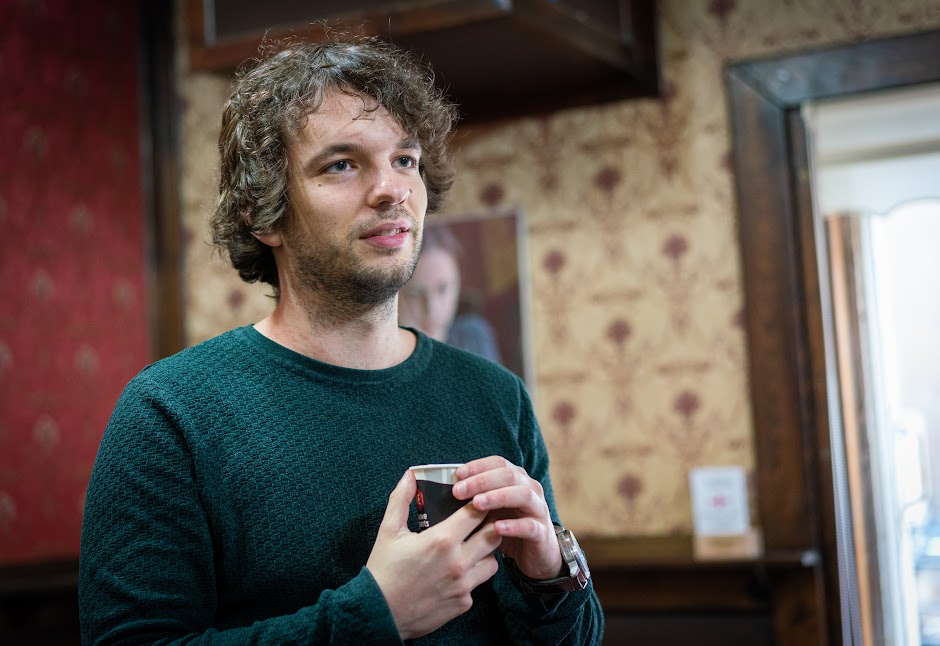