Our tournament apparently attracts considerable attention and hopefully not only because it’s more or less the only grandmaster tournament played Europe these days…. Especially refreshing is the successful start of Jorden van Foreest who scored his second consecutive victory today. Against the Belgian Steven Geirnaert the young Groninger was on the black side of the ”innocent” looking Exchange variation of the Slav Defense. White employed Botvinnik’s ideas launching a pawn storm on the kingside before Black even castled. At the same time Black’s pieces were set for a breakthrough in the centre and indeed materialized it early enough with 17…e5. 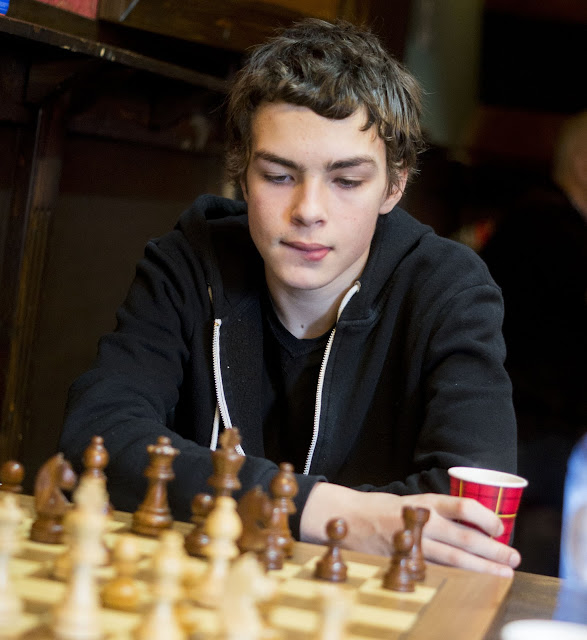 In the resulting position white’s best chance was probably to create some kingside confusion by 22.h6! d4!? [Or 22…g6 23.Kg2] 23.hxg7! dxe3+ [ 23…dxc3? 24.Bxf6!] 24.Bxe3! Instead he gave away two pawns for practically nothing and soon found himself in a lost rook ending.
Jorden however failed at this point to control his excitement and despite his huge time advantage he was carried away by his opponent’s time pressure to blunder one of his central passers.

39…Rc3?? was naturally replied by 40.Rxd5 which would have turned the task to a much tougher one had his opponent played after 40…Re2 the defensive 41.Rf5. Instead he came back from his euphoric smoking break in a more fighting mood and immediately committed the fatal error 41.Rd7?? [The 41st move syndrome?] to realize he was going to lose this game after all owing to 41…Rg2+ 42.Kf4 Rf2 43.Rc7 Rfxf3+ etc. Hopefully young Jorden had his lesson even if this time he was not really punished for his haste. 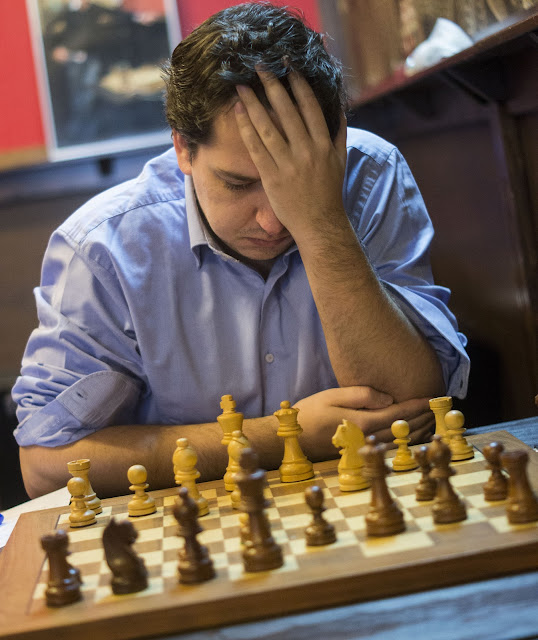 In the game Van Eijk- Van Delft a quiet line in the old Taimanov variation of the Sicilian opening generated roughly equal chances. Curiously following multiple further exchanges the resulting Rook ending favored Black owing to the weak white pawns. However as it often happens in such endings a pawn up was not enough and draw was finally agreed. For van Eijk it was the third draw which is pretty rare in his combative record yet still keeps him approved. Van Delft, on the other hand, had finally his start after losing his first two games. 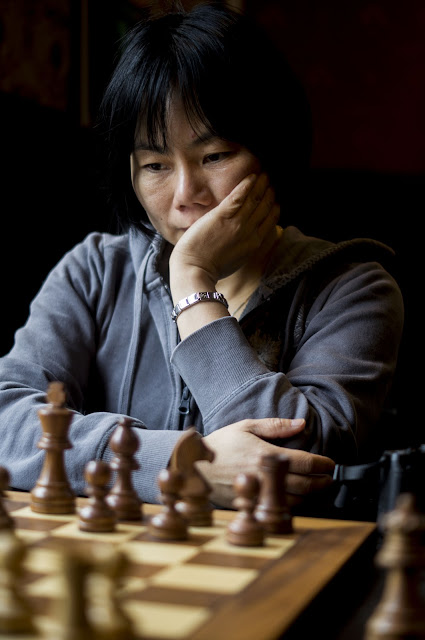 Smerdon – Peng witnessed a rare gambit in grandmaster practice these days- the Milner-Barry gambit in the advance variation of the French Defense. Peng reckoned it might well have been her first time ever to meet this gambit over the board.

Black, with the gambit pawn up, had nothing much to worry about since her king seemed pretty safe behind the closed centre. White’s serious troubles, on the other hand, seem to start at this point as his next 20.g4 proved rather provocative calling for …h5 at any appropriate moment. White’s next serious error was 24.Qa4? Blundering a second pawn and heading downhill. Nevertheless it has already been demonstrated in this event that two pawns ahead are not necessarily decisive:

White tried here his last trick playing 48.Qd2!? Qf8? [48…Rd8! should still win] 49.Be7! Qc8 50.Rxb8 Qxb8 51.Qg5! after which the hopes for a win evaporated following the consequent queen exchanges. Peng, with a third fighting consecutive draw should not complain too much about her bad luck. Her opponent just followed her own miraculous escape in the second round (against van Eijk): drawing with two pawns behind following a highly dubious g4 move in the opening… 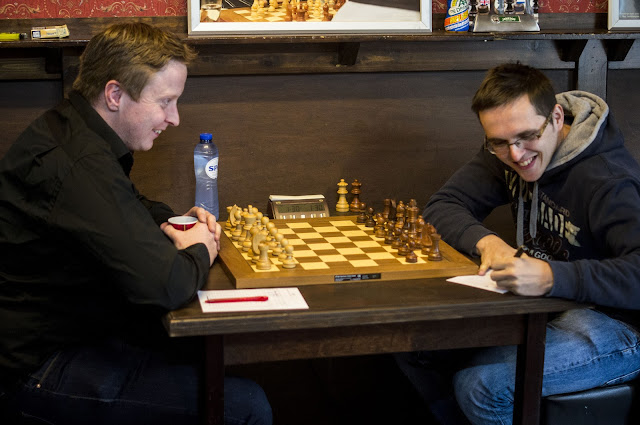 The other grandmaster encounter between Williams and Ernst saw yet another gambit, the King’s gambit where the Englishman obtained a comfortable edge thanks to his pair of Bishops and the better pawn formation. He seemed to have dropped the advantage at this point: 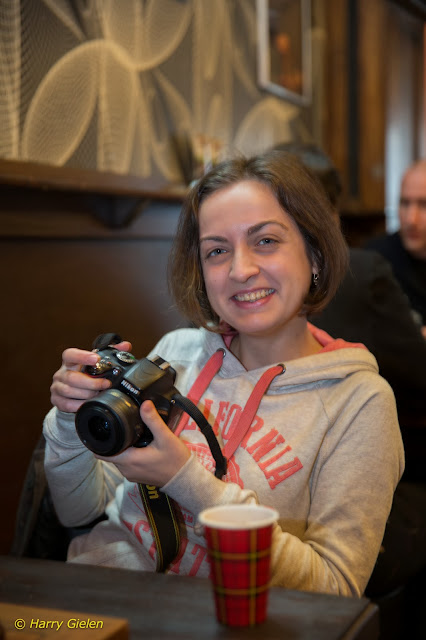 The longest game of the round Burg – L’Ami saw a typical setting in the Tarrasch variation of the French Defense where the Romanian WGM managed to obtain a slight edge thanks to her better pawn structure, which was maintained up to an equal Rook ending which eventually kept both rivals still unbeaten.

At the end of day three 4 players are at the lead with 2 points each: GM David Smerdon, IM Twan Burg, WGM Alina Lámi and Jorden van Foreest. Round four will be played this Monday afternoon starting at 14.00 Batavia- Amsterdam time. Stay tuned!