Back from a badly needed and highly appreciated rest day the players are hopefully fit for the decisive battles on the prizes and norms. They all fight to the bitter (or alternatively sweet) end in the spirit of the new Magnus era. The sixth round for the first time ended up without a single draw!

The game Van Eijk – Smerdon saw a white Fianchetto against the Dragon variation of the Sicilian Defence to avoid the heavy theory piling up in the main lines. This modest side-line is not considered too challenging and Black could seek comfortable equality in some more solid paths. Nevertheless in view of white’s slow development (11.Rc1?!) he went right from the beginning for a kingside attack via the rook’s file with the out prepared van Eijk failing to anticipate the Australian’s captivating tactics. 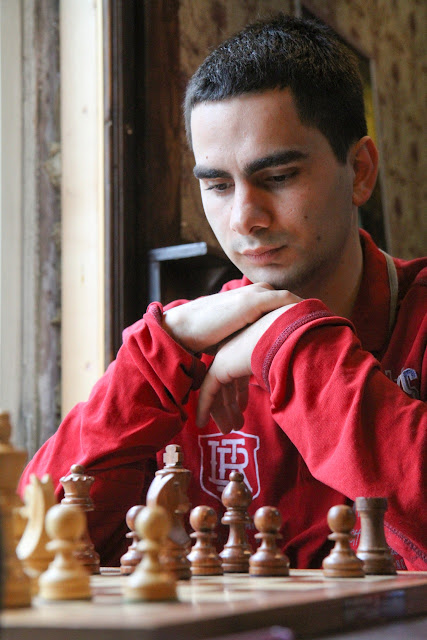 Two young Dutch players are now sharing the second place after convincingly beating their grandmaster opponents. Twan Burg seemed to have fully recovered from his fifth round defeat against Smerdon and is back on the run for the final GM norm. He picked up the same opening of that losing game [Sicilian 3.Bb5+] and employed it against GM Simon Williams, this time as White! The much sharper line chosen by the Englishman led to the following position. 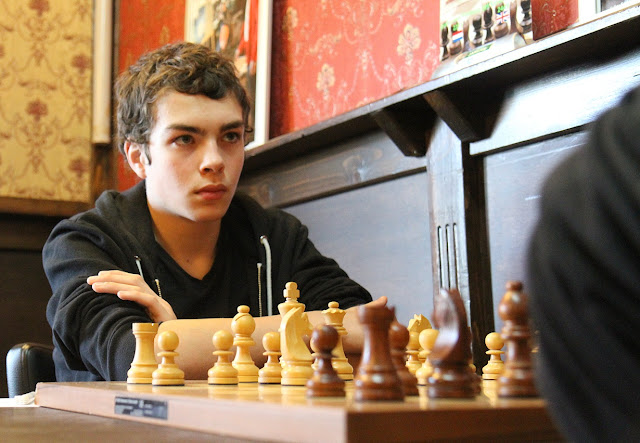 The youngest participant –Jorden van Foreest, the European U-14 champion- continued to surprise his much older titled opponents, his victim of the day being the most experienced player in the field GM Zhaoqin Peng.

Here is where Peng went wrong. She played 20.Ra4? and the rook proved later on totally misplaced. White had on its 20th move various better options that might even promise her the edge. 20. e4! Nf4 21.Bxf4 exf4 22.e5 is the computer recommendation whereas 22…Kb8 is surprisingly met by 23. 0-0! Rxh4 24.Rfb1 with a powerful attack. But even the Rook in question could enjoy a brighter future than just protecting the a5 pawn. One doesn’t necessarily need a sophisticated silicon monster to spot a natural candidate line such as: 20.Rb1! (proposed by Peng after the game) 20… Qxa5 21.c4 Qa2 22.0-0 Nc7 23.Be4! Threatening to trap the opponent queen and forcing the ugly 23…b5.

26. Kf1?? Was the losing mistake while after 26.gxf7 the battle would have been still pretty much on. 26…Nxe3+! right away was deadly but white failed to spot it for the second time and Jorden is by now just half a point away of his IM norm while Peng is sharing the bottom. 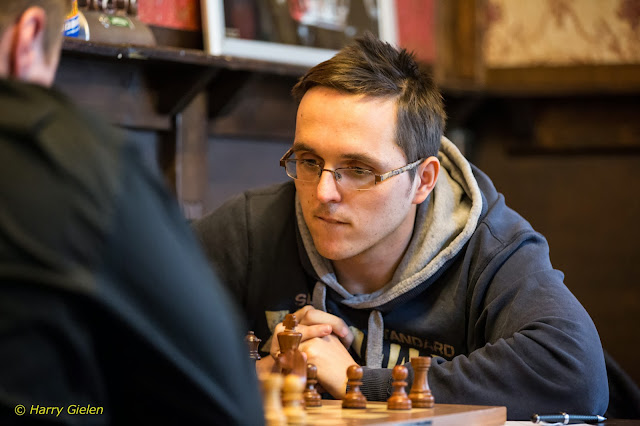 Two players scored in the sixth round their first victory. The No.1 seed GM Sipke Ernst chose for the Bogo-Indian against WGM Alina L’Ami and the game reached a roughly equal position:

White is required to handle the situation rather cautiously and 16.Ne4 Nxe4 17.Bxe4 seems adequate. She however went for a more direct action against the enemy royal couple, to find herself soon surprised by the counter-blow 19…b3!

The desperate mating attempt 20.Nh4 was calmly thwarted by 20…Re4! followed by a counter mating attack: 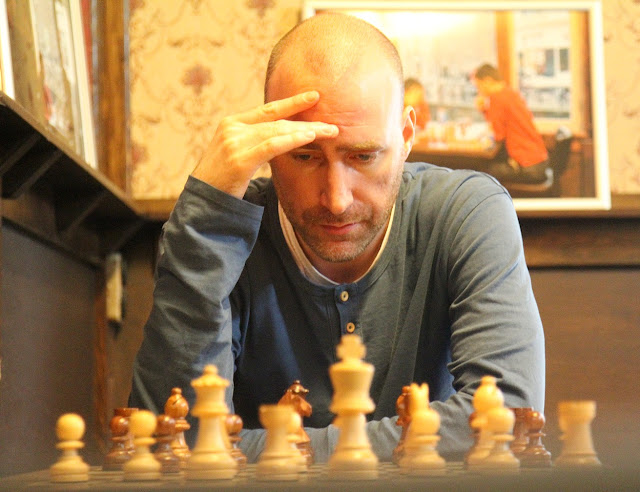 The second player to score a first victory was IM Merijn van Delft as white against Belgian IM Steven Geirnaert. This was also the longest game of the round with white obtaining slight yet lasting edge thanks to a better bishop that secured control of some key light squares. In time pressure white finally managed to win a pawn and consequently to convert to a queen ending where he created a winning passed pawn.
The seventh round will be played on Friday starting from 14.00 live transmitted as usual.