The final stage of the tournament has attracted quite a few visitors to the lively venue, most prominent guests being the Dutch champion GM Dmitri Reinderman, grandmasters Loek van Wely, Hans Ree, Erwin L’Ami and Maarten Solleveld. IMs Manuel Bosboom and Robert Ris are blitzing regularly to the enjoyment of the cheering crowd. A very special guest here was Ton Sijbrands, former world champion for International draughts.

The eighth round was set for a central encounter Burg – Van Foreest as both players were still seeking their norm for an International title. This game promised a tough fight to the bitter end; however, to the surprise of all, it turned to be the shortest and the most peaceful one in the entire event. Black chose for the highly fashionable Berlin variation against the Ruy Lopez and white went for the quiet 4.d3 and did not get much out of the opening. It was Twan to offer a draw as early as on move 18 to the amazement of his opponent, who had anticipated a much longer Magnus style battle. 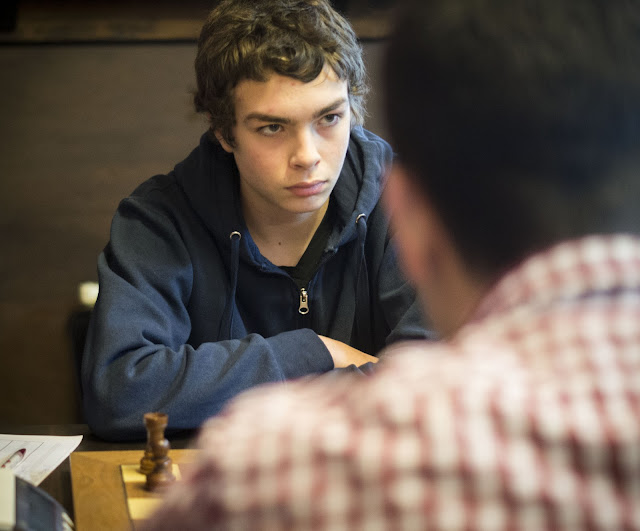 Jorden had obviously no reason to turn down the offer as splitting the point secured him his first IM norm with one round to go. Twan, on the other hand, will have to go in the last round all-out for a win with the black pieces against GM Ernst. A tough task for him no doubt and an exciting thriller for us all. 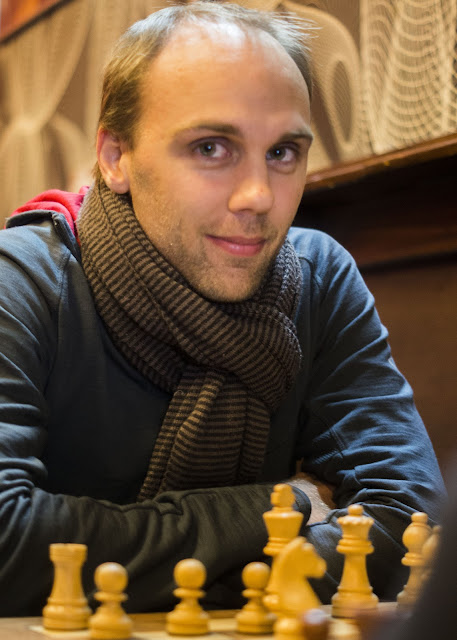 The Australian GM David Smerdon scored an important point against English GM Simon Williams. Employing once again as white the Advance Variation of the French Defence black refrained from challenging the Milner-Barry Gambit [ 6…cxd4 7.cxd4 Qb6 8.00 Nxd4 as was seen in the game Smerdon- Peng in the third round] and white deviated starting from the seventh move to a side-line where black hurried to open up the centre for his own pawns.

26…Rxa4? Was the decisive error while the surprising 26…hxg5! 27. Qxh8 Rxa4 might have been an effective defence [28.Rb4 Ra8 29.Qh3 e4].
Following 27.Bxf6! Kxf6 [27…Qxf6 28.Rbxd5 is no better] black completely missed the crushing 28.Bd7! Qd6 29.Rbxd5! which demonstrates once again the advantage of an opposite-coloured bishop for the attacker when cooperating with the heavy artillery (compared to the drawish ending with such bishops).
Following this victory Smerdon is again alone at the lead half a point ahead of Burg. 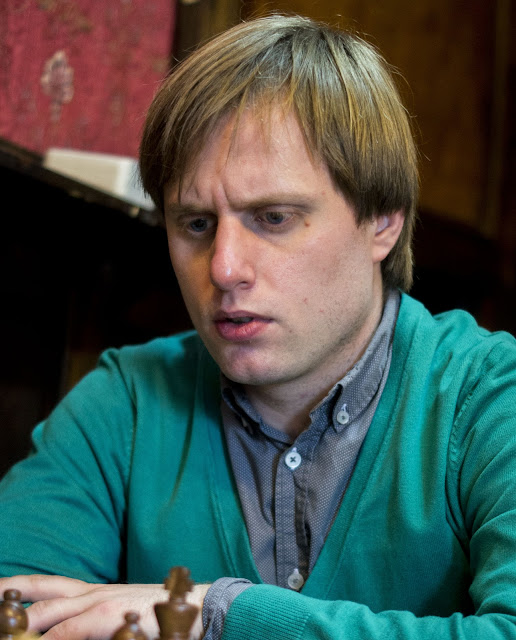 The game Van Eijk – Geirnaert witnessed a rather positional approach to the King’s Gambit with its ultra-sharp and romantic reputation and soon reached the following roughly equal position:

The game continued here 13.Nh4 Bxh4 14.Rxf4 Qc2 15.Rxh4 and both protagonists later shared the opinion that from now on matters proceeded with white having the upper hand owing to his bishop pair whereas black could do very little to change his final fate. Well, it’s probably just partly true. Allowing white the bishop pair was not forced at all in the first place. It seems that both players overlooked the simple resource 13…f3! After which 14.Rxf3 might have led to an amusing repetition following 14…Qxh4 15.Rf4 Qg5 16.Rf2 Qh4 17.Rf4 etc. while 14.Nxf3 simply allows 14…0-0 with comfortable equality.
Moreover, the bishop pair is often not the end of the story and black could possibly still put tougher resistance even at a late stage of the endgame: 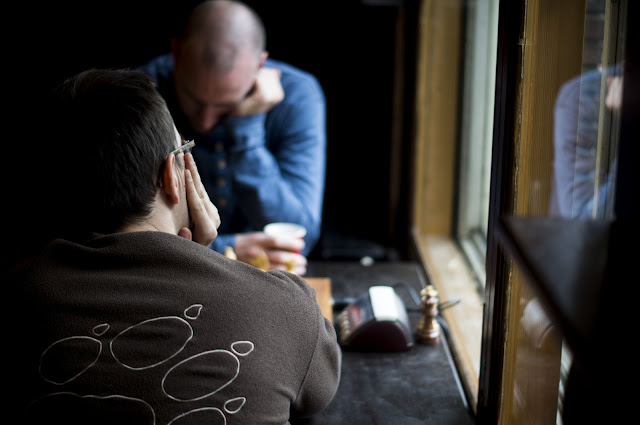 The game Van Delft – Ernst which saw a long ending could have curiously been strategically decided already in the …early opening! 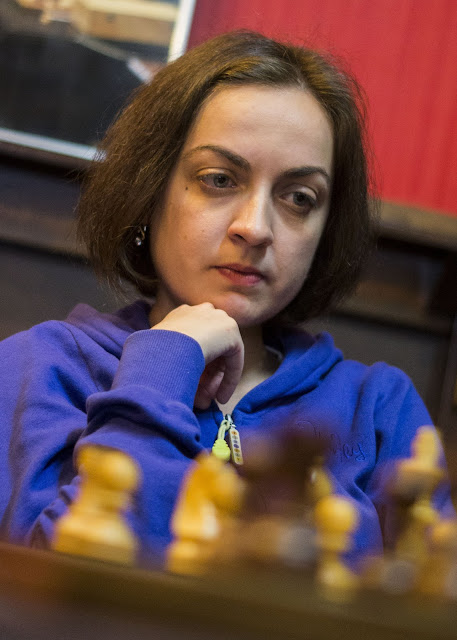 The female derby L’Ami – Peng saw an unusual set-up of the English opening with the Dutch first lady refusing to play simple and getting into trouble. Here is where black’s position started to deteriorate:

The last round will start on Sunday at 12.00 with the pivotal games Ernst- Burg and Geinaert- Smerdon, to be followed by the prize-giving .You are all invited to follow the games online or even drop at the café for a drink or two if you happen to pass by. 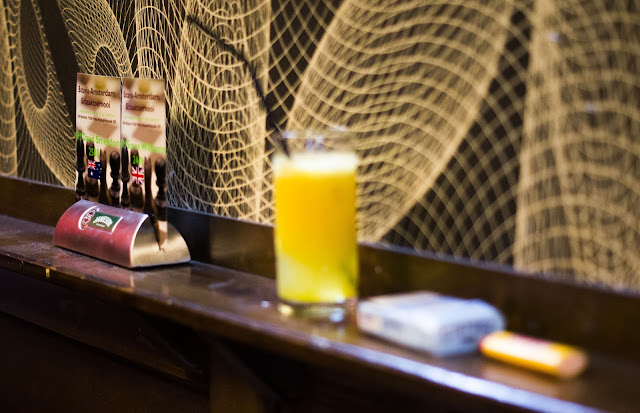