We have a surprising leader after six rounds in Amsterdam. Achim Illner, one of the five FMs in the group, is the only player to have scored 4.5/6! He only needs half a point from the resulting three rounds to score an IM norm. But, as he told us on Thursday, he wants more. “I’m going for a GM norm! Why not?” The new situation in the standings is also the result of Mark Hebden’s loss against his friend and compatriot Keith Arkell. 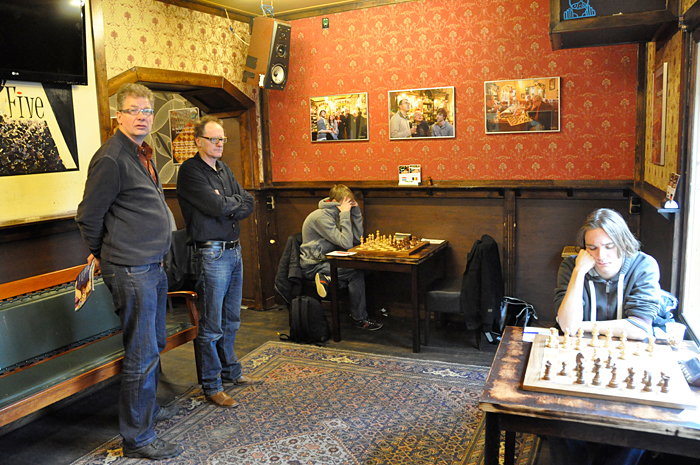 If we look at the round in chronological order, we should start with Ernst versus Vedder. The 2600 GM won quite quickly: 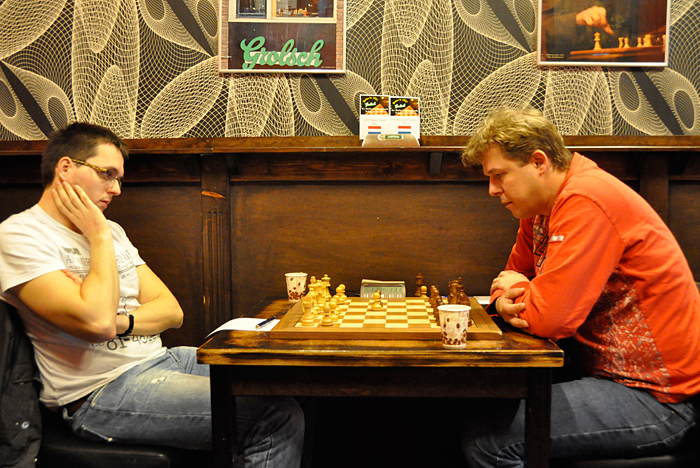 Manuel Bosboom held his own against Robin van Kampen in a game that was more or less equal all the time. David Klein didn’t react well to Thibaut Vandenbussche’s Philidor:

White is already facing a horrible position. Black probably didn’t play the best moves everywhere, but he kept the advantage and won deservedly. 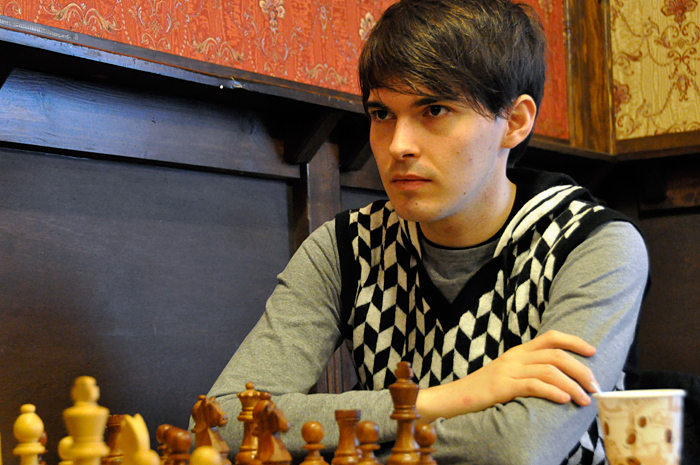 Achim Illner is having an excellent tournament and reached 4.5/6 on Thursday, just half a point less than is needed for an IM norm. His opponent Hugo ten Hertog wasn’t well prepared for the French, spent a lot of time and reached a worse ending with White. It was still within the drawing zone when the following happened. 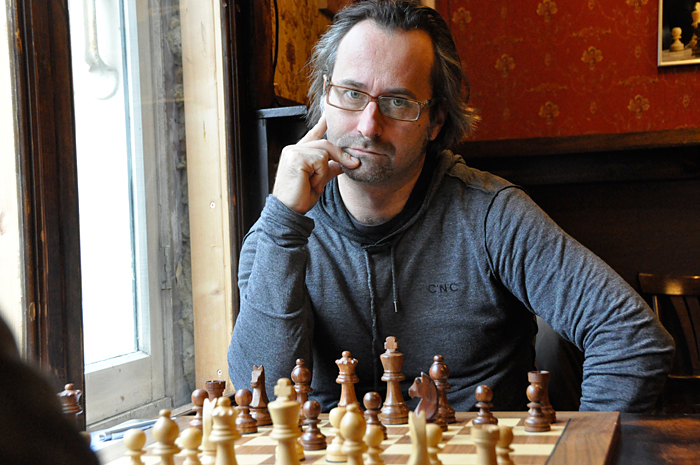 In the longest game of the round, Mark Hebden and Keith Arkell did just about the opposite of what some might have expected. Instead of a quick draw between two Englishmen, the two fought out a hard battle! We understand that these two grandmasters have played each other over a hundred times already, so it was great to see that they haven’t lost their fighting spirit. In the end Arkell won, and now Illner is the sole leader. 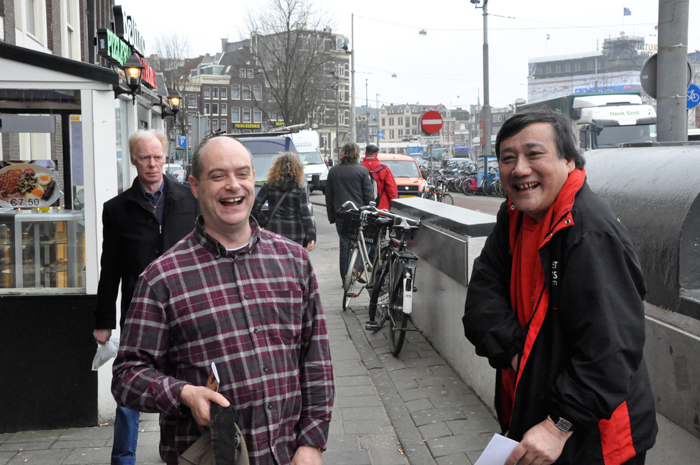