Mark Hebden is the sole leader again at the 4th Batavia tournament, with 4 rounds to go. In the 5th round the English grandmaster beat Sipke Ernst in what our chess program calls a “Semi-Benoni”. Hugo ten Hertog and Achim Illner both won and kept good chances to score an IM norm. On Wednesday, the latter only needed 12 moves to draw with Robin van Kampen while the other participants enjoyed their rest day.

Let’s start with the clash between the tournament leaders. 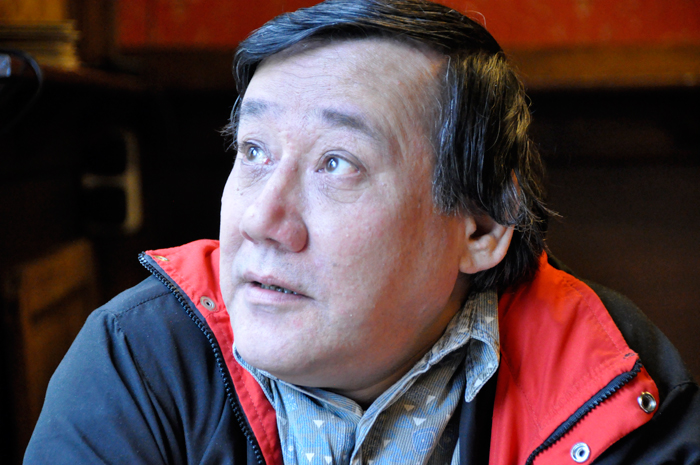 Mark Hebden is the sole leader after round 5

The game between Robin van Kampen and Richard Vedder was over before we knew it. In this Ruy Lopez, Van Kampen answered Vedder’s Open Variation with a line that’s become popular recently. In fact in this line last year’s participant Merijn van Delft won very quickly as well against Ivo Timmermans, in Hoogeveen last October. It’s probably no coincidence that Van Delft and Van Kampen were staying in the same bungalow during that tournament!

Against Keith Arkelll, David Klein survived a lost ending only to make one more big mistake later on. 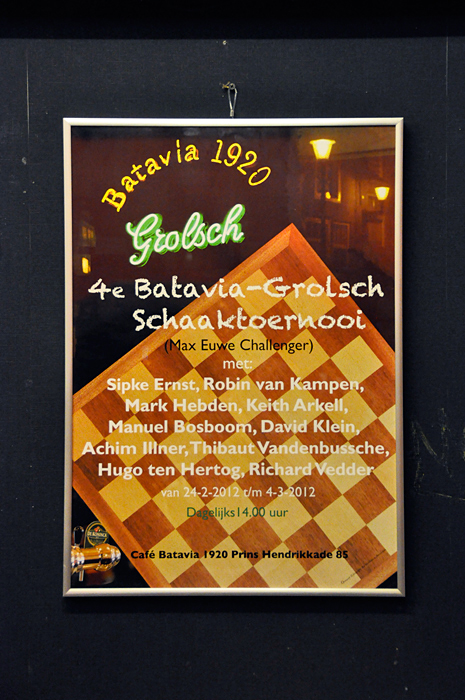 Like Achim Illner, Hugo ten Hertog only needs 1.5 out of 4 for a norm, thanks to the following victory.

Wednesday was a rest day, but Achim Illner and Robin van Kampen played their round 3 game which they couldn’t play on Sunday. Apparently they needed some rest as well, because after twelve moves a draw was agreed. On Thursday at 14:00 hrs the 6th round starts in Cafe Batavia.

Update March 1, 14:18
Well, that was a nice little piece of sloppy journalism… At the start of round, 6 Van Kampen told us that he certainly wasn’t playing for a draw in his game against Illner. “But I was worse, and had less time on the clock in the final position.” We stand corrected!