Sipke Ernst and Mark Hebden continue to lead the Batavia tournament. In the 4th round the two grandmasters drew their games to reach 3/4, but both were looking at lost positions at some point. FM Hugo ten Hertog won a good game against GM Keith Arkell, and only needs to double his score in the remaining five rounds to secure an IM norm.

The board at which Richard Vedder and Achim Illner were playing, set fire at an early stage. In the heat of the moment (after 17…dxc3) Illner offered a draw (thinking “I should have offered Sipke a draw, but I didn’t, and even lost”) but Vedder was brave enough to continue. He wasn’t awarded for his courage, though. 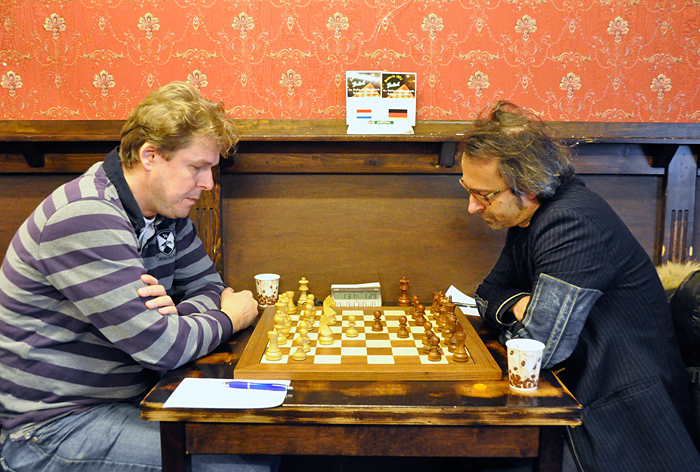 Hugo ten Hertog has excellent chances to score an IM norm in this tournament. After his win on Monday he is on 2.5/4, and needs a 50% score in the remaining rounds. During the post-mortem, watched by GMs Ian Rogers and Hans Ree, at some point the young Dutchman said: “Here I thought I’ll just throw a few pieces towards his king. Why not?”

Ordinarily you should avoid unprovoked Rook Pawn moves because there’s something more important to do. In this position, though, it’s justified because …Bg4 would have been very strong for Black, pinning White’s Knight and putting pressure on his d-Pawn indirectly.

Now White’s advantage is that he has a Pawn in the center — which means more space — plus both his Bishops have good diagonals. (…) Black’s pieces, on the other hand, have little scope. 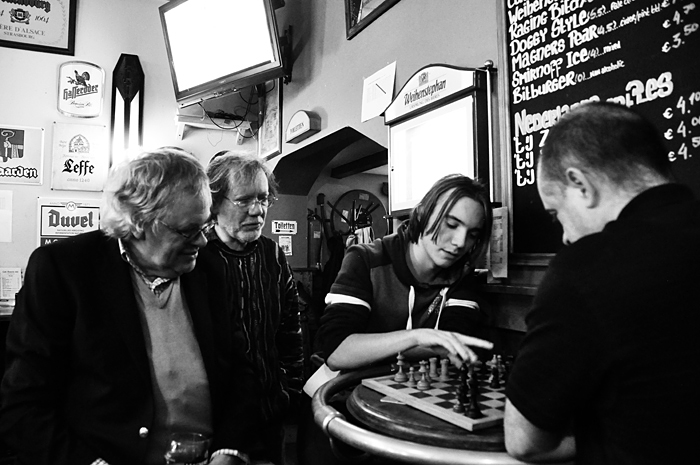 Manuel Bosboom is not in great shape, and again more or less lost without a fight, to Thibaut Vandenbussche. Sipke Ernst got into big trouble in a Catalan against Robin van Kampen. 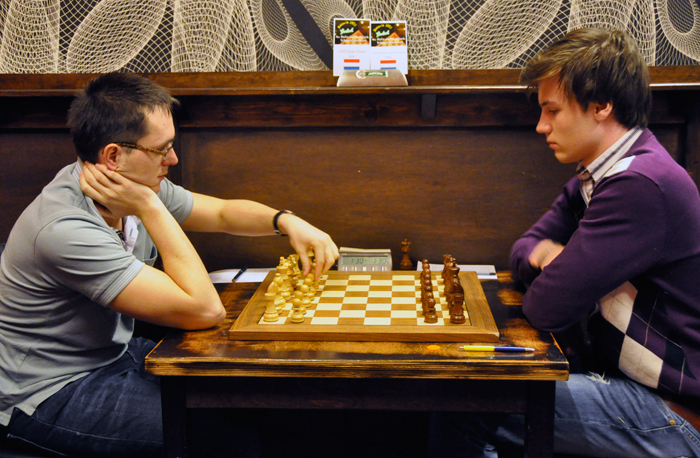 The other leader, Mark Hebden, was also lost at some point but David Klein just couldn’t deliver the final blow. In the following position it seemed that the young Dutchman was still winning, but the English grandmaster found an amazing defence:

Exercise: Black to play and find the toughest defence!

After the game Hebden rushed outside to smoke a cigarette, but not before he shared with participants and spectators that his opponent had “missed several wins” and that he felt that 61. Rf7+! was still winning for White. Let’s have a look: 61 … Kc6!

We’ll make sure that Yochanan Afek sees this ending – he might be able to distill an endgame study from it! 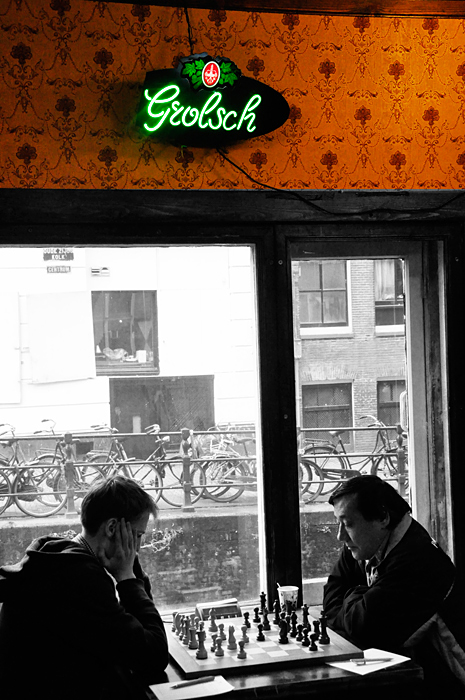