Sipke Ernst caught Mark Hebden in first place in the third round of the Batavia Chess Tournament. Ernst won with Black against David Klein, while Hebden was held to a draw by Hugo ten Hertog. The game between Achim Illner and Robin van Kampen was postponed because both players had other obligations. And… what exactly is needed for norms in this tournament?

Thanks to a fine win over David Klein, Sipke Ernst climbed to first place in the standings. He chose the Closed Ruy Lopez (in the past, the 33-year-old grandmaster liked to play the Open variation, which starts with 5…Nxe4) and outplayed his opponent from start to finish. 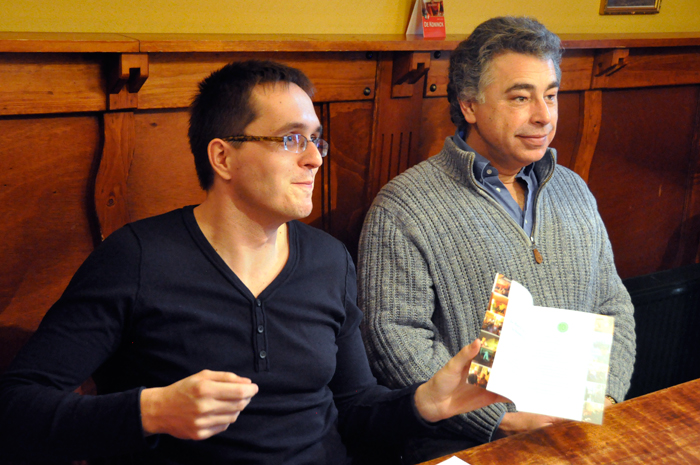 Sipke Ernst, here during the drawing the lots on Friday, with next to him Yasser Seirawan

Mark Hebden ‘dropped’ half a point in his white game versus Hugo ten Hertog. It seems that he was winning at some point in a B vs N ending.

The game between Arkell and Bosboom ended in a draw; the game was about equal all the time. More interesting was the following: 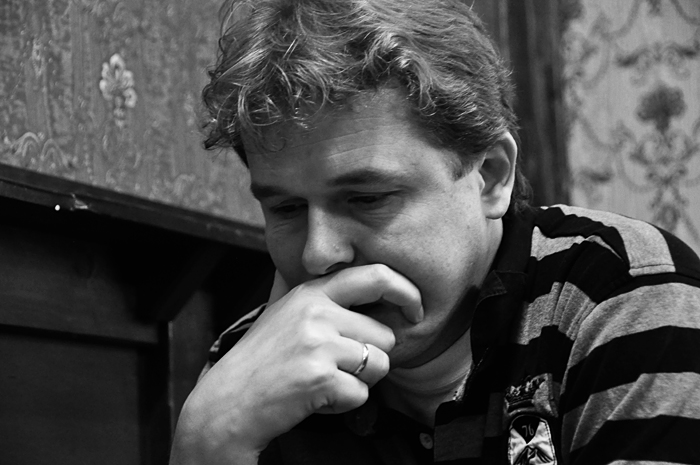 Richard Vedder escapes in round 3

The game between Achim Illner and Robin van Kampen will be played on Wednesday, which is a rest day for the other participants.