The 4th edition of the Batavia Chess Tournament was officially opened on Friday by tournament director and owner of Cafe Batavia, Peter Tames. Many friends, acquaintances and chess fans, and of course the players, had gathered in the cafe, and among the first day spectators there were famous names like Friso Nijboer, Hans Ree, Ian Rogers and Yasser Seirawan. 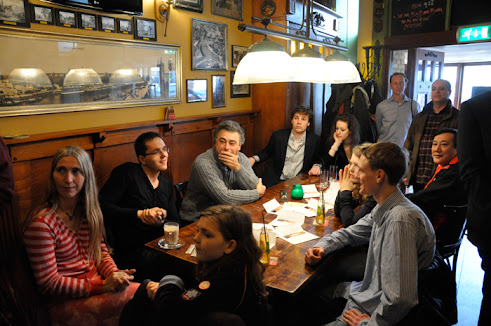 In his speech, Tames used one word many times: happy. And indeed, who wouldn’t be happy to host such a nice little (but strong!) chess tournament in his cafe for the fourth time? Tames thanked sponsors Grolsch, Brewery Moortgat and a private sponsor, and then performed the drawing of lots together with arbiter Aart Strik. 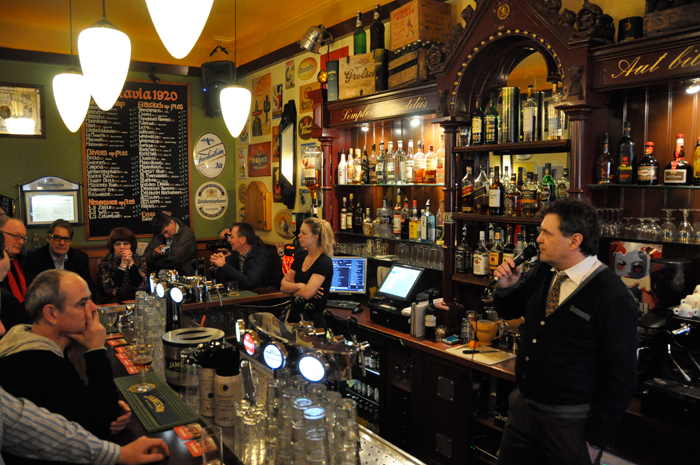 This led to the following pairing numbers and first round pairing:

The games can be followed here, while more photos are posted over here!