Maybe it was the blitz tournament the night before, maybe it had to do with a general decline of motivation among some players, who will tell. Whatever the reason, after about an hour into the seventh round, already three games had ended peacefully. But what’s more important: the tournament will still see an exciting last weekend, as IMs Bart Michiels, Benjamin Bok and Robin van Kampen can still score a GM norm by winning their last two games. 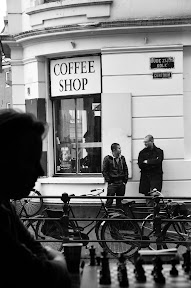 There’s really not much to say about the games Thipsay-Van Delft (13 moves), Murshed-Ris (19 moves) and Hertneck-Michiels (13 moves). In the first two games, the two grandmasters both suffered a defeated in the previous round and perhaps didn’t feel too confident. IMs Van Delft and Ris probably hoped to do a bit better in Batavia, and by this point don’t mind scoring a quick draw with Black against a GM. And Hertneck, well, he just needs to score a few more draws to clinch the 1,000 Euro first prize.

IM Benjamin Bok scored a good win with Black against IM Christov Kleijn. For the second time in this tournament he went for the 4…Nge7 line of the Ruy Lopez, and Kleijn hadn’t done his homework well enough. “From the opening I was doing fine already,” said Bok. “I don’t like his set-up with Be2 and Nbd2 because of my …f5 idea; he should have put his knight on c3. In the ending I was better, and then he just blundered in the end.”

30… Rxg5! and White resigned because of 31. fxg5 Bxb2 and White cannot defend his knight and prevent mate at the same time. 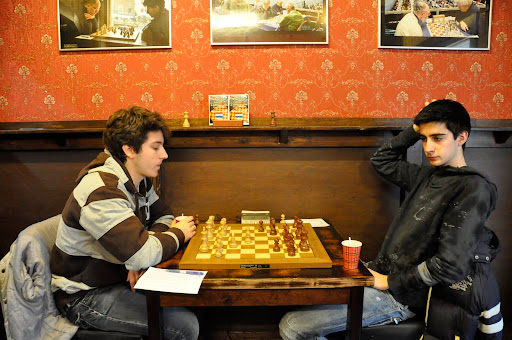 This way Bok kept his chances to win a GM norm, and asked about this, he said he will “surely do his very best” to win it. Thanks to his draw with Hertneck, IM Bart Michiels also reached 4.5 points, and so he can also still end on the desired 6.5 points. The third IM who can do it is IM Robin van Kampen; he beat IM Manuel Bosboom on Friday.

and the ending was just horrible for White. 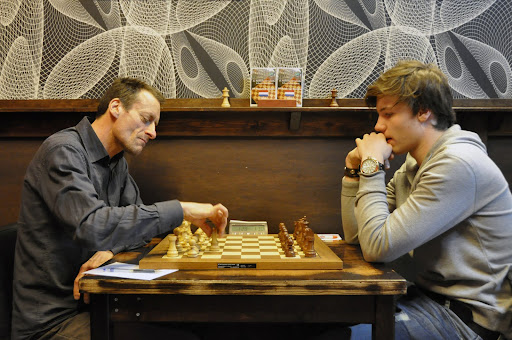 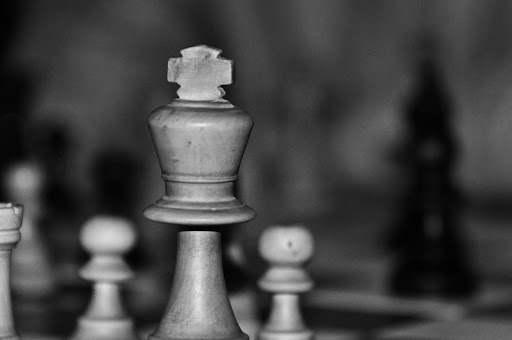