We don’t know about you, but in Cafe Batavia we’re enjoying the tournament to the max, and some even beyond! Almost all of the games have been quite interesting, and the atmosphere after the rounds is excellent as well. After the sixth round a spontaneous blitz tournament was organized that continued after closing time, and IM Robert Ris won the fitting first prize: a bottle of Johnnie Walker.

But let’s not forget that another good round was played during the day, in which two of the three GMs had to suffer a defeat.

Tournament leader Gerald Hertneck still leads by a full point after a quick draw with Robin van Kampen. The German grandmaster had chosen the rare 3…Nc6 line of the French. “In this tournament I try to play openings which my opponents cannot prepare well for. Robin didn’t play the most critical line, and normally I would have played on. But in the final position I cannot really avoid the repetition.”

IM Merijn van Delft got a clear advantage out of the opening against IM Christov Kleijn, but let it slip away. “If you cannot refute 13…Nc5 then you don’t deserve to win,” Van Delft said. 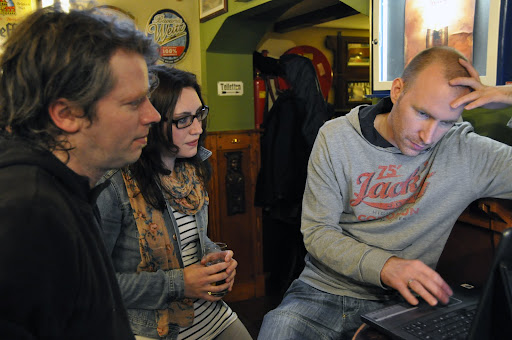 So much for the draws; the other three games did end decisively. The first winner of the day, for a change, was IM Manuel Bosboom, who profited from a blunder by IM Robert Ris. It was quite unfortunate for the White player, who had forced his opponent to give an exchange earlier in the game. 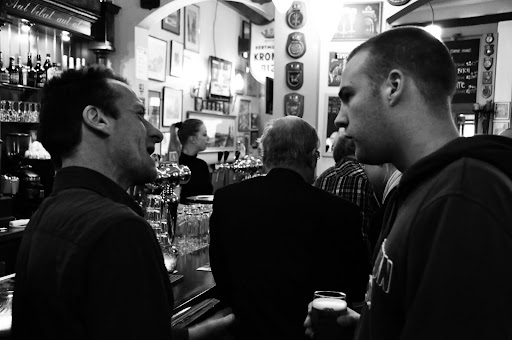 IM Benjamin Bok won convincingly against GM Niaz Murshed, although he got a lot of help in the end. But let’s first look a moment when Bok could have decided the game already:

The game of the day was Michiels-Thipsay, a comedy of errors because of mutual time trouble.

This position could be a nice puzzle for a book on attacking, because Black needs to play his moves on the right moment here. As so often in opening positions, the most flexible and therefore best move is the one you have to make anyway: 36… Ra4!

The smoke has cleared and White was winning anyway. 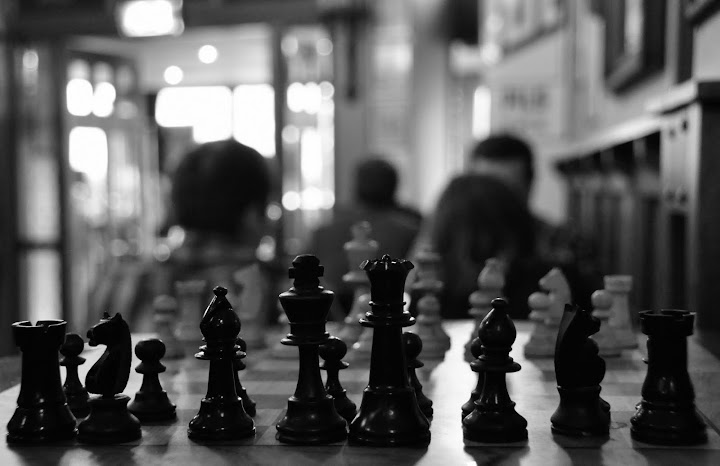