↓
Home Menu ↓
Skip to primary content
Skip to secondary content
Home→Round reports→Round 5: Another win for Hertneck, another loss for Bosboom

The spectators, either on line or in the cafe, have no reason to complain so far. In yet another eventful round, four out of five games were decisive, lowering the drawing percentage to 32%. GM Gerald Hertneck increased his lead in the standings with a fine victory over IM Robert Ris, while other IMs still kept theoretical GM norm chances.

Yet another Dutch Grandmaster paid a visit to the cafe on Tuesday. Dimitri Reinderman, who writes about the tournament for Schaaksite.nl, stayed almost all day to join the spectators and kibitzers. He added some valuable comments to the post-mortems, and has already put up his report.

At some point the author of this report saw Reinderman joined by IM Manuel Bosboom behind his computer. The two were looking at Bosboom’s earlier game against Murshed, which was indeed more interesting than Bosboom’s round 5 game… 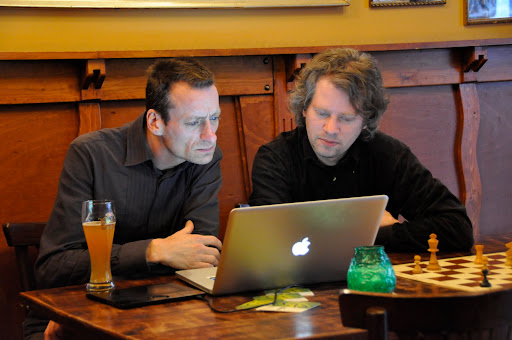 Again, frivolous play by the Dutchman had backfired completely, and in a mere 20 moves IM Benjamin Bok could add another full point to his score. Now even with the white pieces Bosboom is not doing very well, although we should add that the opening wasn’t that terrible, but the bishop sacrifice was. 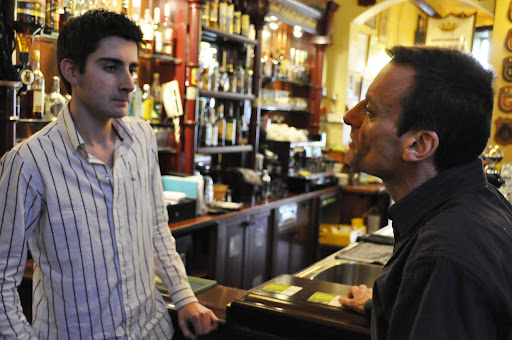 IM Merijn van Delft arrived a few minutes late for his game against IM Bart Michiels, and so many feared that cafe Batavia wasn’t the last pub he had seen on Monday night. But the Dutch IM did what he had to do: getting rid of the chess hatred with a solid draw. The start wasn’t that solid, however. 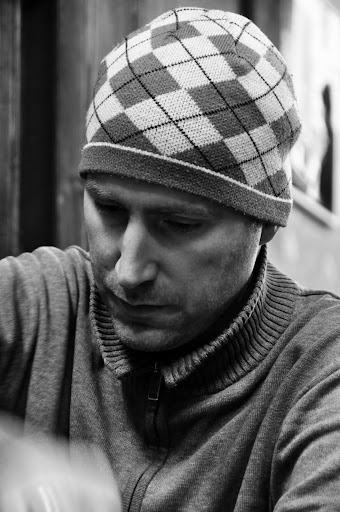 GM Niaz Murshed was happy with his game against IM Christov Kleijn. “I played very nicely actually. It was a theoretical line, supposed to be equal, but I think it’s more difficult for Black. I played a game like this a few weeks ago. I think what he did was, he overlooked something. Qf4. A tactical shot. Then he’s a pawn down. I played well.”

“Everything went wrong,” Kleijn said. “I really played bad moves only. I had prepared something, but I guess I didn’t really understand it. I really don’t get the Slav at all, during this tournament.” 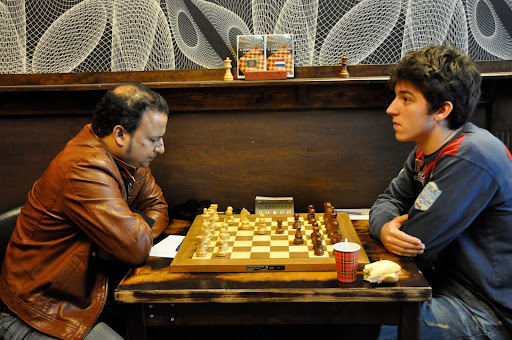 Something similar said IM Robert Ris, after his game against GM Gerald Hertneck. The German grandmaster felt he had played his “best game of the tournament”, but Ris quickly added he played “very badly” and “didn’t know which set-up to choose against his unambitious play”.

For the moment we’ll give Hertneck the benefit of the doubt, as we quite liked his subtle manoeuvres. From what seemed like an equal position, he reached a big advantage almost by force. 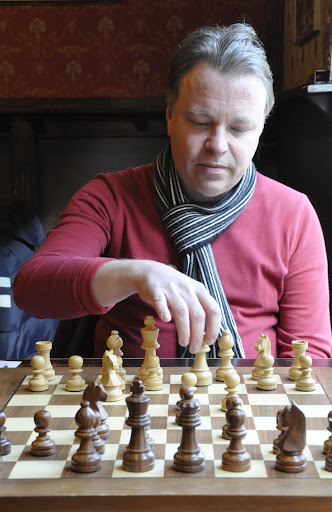 And so, for quite some time, GM Praveen Thipsay and IM Robin van Kampen were playing in an otherwise empty playing hall. The young Dutchman eventually got the full point, after quite a good game. “I got a Najdorf, which was a big relief,’ said van Kampen. “It means equalizing quickly with Black,” he added slightly tongue-in-cheek. 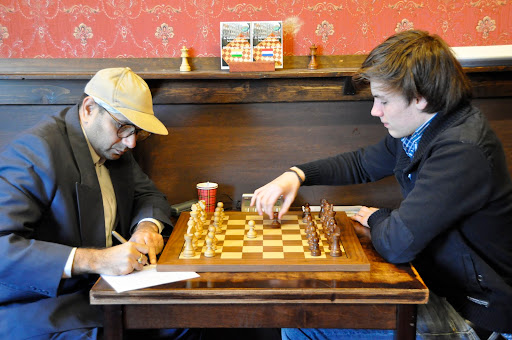 “He always plays the 6.Be2 line, but now he went for the Re1 and Bf3 plan which I didn’t expect, but I could remember an old analysis. We got a typical Najdorf position and I could get my pieces to good squares, and also play …f5. At some point he tried pushing at the queenside, but I countered tactically and later won a pawn. Except for an inaccuracy on move 40 it was a smooth victory.”

Wednesday is the first and only rest day. On Thursday it’s Van Delft vs Kleijn, Bok vs Murshed, Ris vs Bosboom, Van Kampen vs Hertneck and Michiels vs Thipsay. 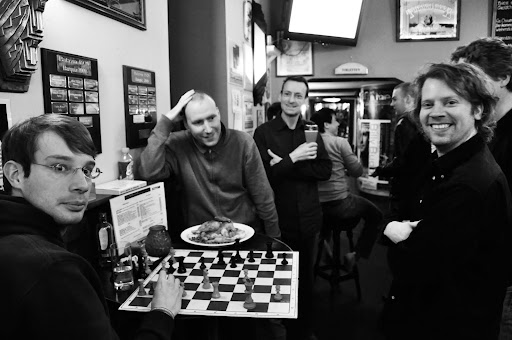