After four rounds the Batavia tournament as a clear leader. GM Gerald Hertneck, who one day before the first round didn’t know that he was going to play a chess tournament, is on 3.5/4. The chances that a GM norm will be scored in this tournament are small, but not impossible; IMs Bart Michiels and Christov Kleijn share second place with 2.5 points. Meanwhile, IM Merijn van Delft experienced the typical, gruelling chess hatred that only chess players can fully grasp – no chance to explain it to someone who doesn’t play the game.

Just like in the previous round, one of the five games was over very quickly. This time it wasn’t a peaceful affair, no, it was a game that can only be described as a slaughter. Manuel Bosboom played the black pieces for the third time, and yet again his opening moves fell into the don’t-try-this-at-home category. Perhaps even more worrisome is that Manuel might repeat it once more: “It wasn’t so bad. My 5… b4 was probably too early. I should have played 5… d6 and maybe he has to go 6. h3 then,” he said afterwards. 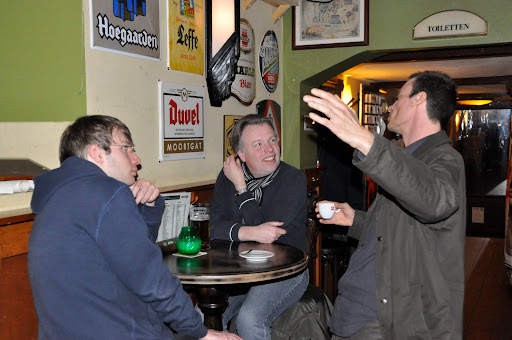 The author of this report thinks back with nostalgia to the times when Bosboom defeated GMs on the black side in the Sicilian Scheveningen main line. These days the difference of his play with White and Black is a difference of day and night…

The next game to finish was Robert Ris vs Praveen Thipsay. The Dutch IM played an excellent game, outplaying his Indian opponent from the start. “He reacted not very well to my h3 King’s Indian. It was the first time I played this, but I know quite a lot of it because of my work for ChessVibes Openings and I studied many games of the expert in this line, Polish GM Michal Krasenkow.” 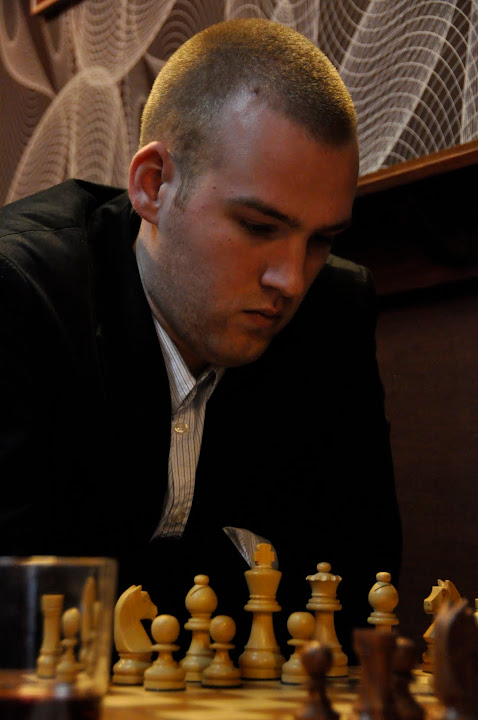 Desperately trying to find counter-play Thipsay then sacrificed pawns on b5 and d6, but Ris just took them. The Dutchman only had to solve one more issue: what to do with the king?

Top seed Gerald Hertneck won again, increasing his lead in the standings to a full point. His victim was Dutch IM Benjamin Bok, who didn’t go down without a fight. Hertneck: “It was a very difficult game. He sacrificed a pawn and got some play, but it wasn’t easy. After move 40 I was definitely better.” 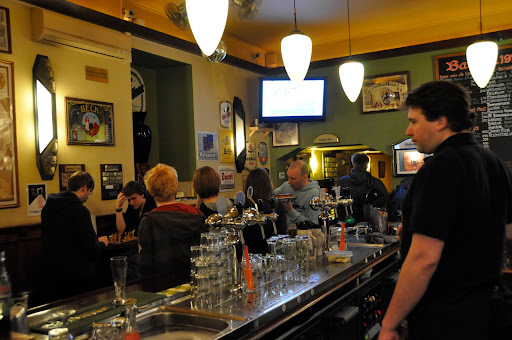 Robin van Kampen and Bart Michiels played what you can call a “correct draw”. In a French Tarrasch the two followed theory for a long time.

“Here I was hoping for 17… Rf5? which has more or less been refuted. But he went for the correct 17… Rf8. After that I was just shuffling the pieces a bit, until we reached this IQP position which isn’t really an IQP position,” said Van Kampen.

(For anyone who just went “what the hell is he talking about?” we’ll write out that abbreviation: Isolated Queen’s Pawn.) “The important difference with those textbook examples,” Van Kampen explained, “is that there’s no white pawn on e3. This means it’s a real passed pawn, and besides, there’s never the idea of doubling on the d-file and then winning the pawn with e3-e4. So White is not really better.” Instructive stuff! 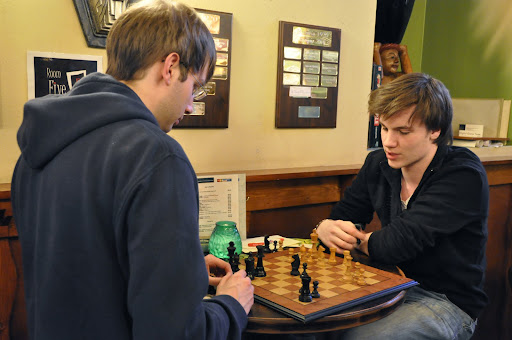 Merijn van Delft had a very disappointing afternoon against grandmaster Niaz Murshed, who played the “Fort Knox” variation of the French. This line is called after the famous prison in Kentucky, USA. The reason? Well, Black is more or less putting up a fortress right from the opening and then sits and waits, saying “Come and try to get in, you won’t succeed.”

The strategy involves Black exchanging one of his bishops for a knight at an early stage, which for very classical players is enough reason to play for a win against this opening. Van Delft is quite a classical player, and did want to win, for which he deserves credit. But the way he did it was just a blunder.

“It was a horrible feeling. You start calculating, and realize that all options fail for White. Then you reach a sudden calmness, and realize that it is all over,” said Van Delft, who stayed in the Batavia cafe until closing time. He felt the ultimate chess hatred for the rest of the evening and probably beyond. 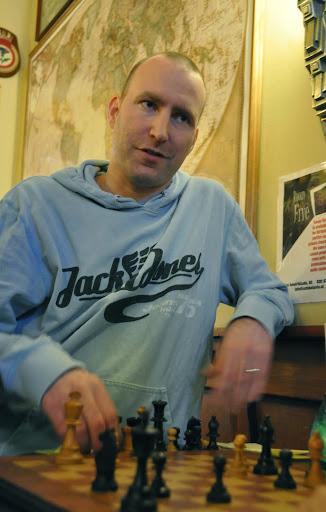