In his acclaimed Chess for Zebras, Scottish GM Jonathan Rowson tries to make the point that the theoretical advantage of the white pieces might be overestimated in chess. However, on Sunday in Cafe Batavia nobody wanted to argue with it, as the White players scored a sweeping 5-0. After yet another excellent round, the drawing percentage is as low as 40%.

In this third round about a dozen spectators were watching the games in the small playing hall, and a few more on the TV screen in the bar. Among them were New in Chess Yearbook editor René Olthof, and also the strong grandmaster Erik van den Doel. 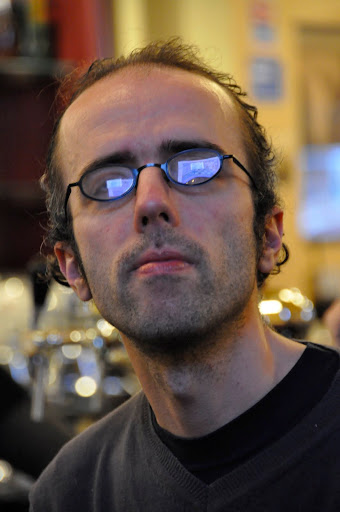 The first game to finish was Hertneck-Kleijn, and quite an attractive game it was. The German grandmaster had prepared a topical line of the Slav, once popularized by Alexander Morozevich, quite deeply. He had seen the position after 17. Rfc1 before the game: 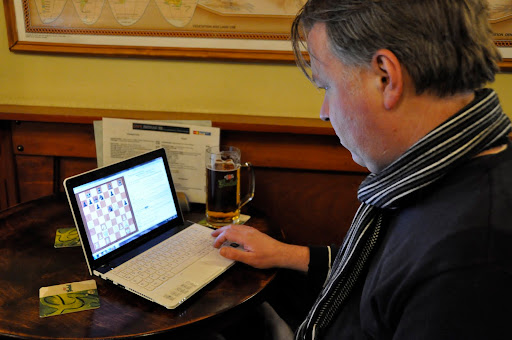 Hertneck said: “I don’t like to win from the opening, just by preparation. For me this is a horror, because I want to win at the chess board, with my own thoughts, but if you play such a system you have to be prepared.”

Not long after, Benjamin Bok also had to throw in the towel, after a bit of a strange game against Praveen Thipsay. The Indian Grandmaster’s take of the game: “It was not a very pleasant opening for me; he equalized very comfortably. At some point I think he was better, after I sacrificed a pawn. But I have lots of initiative and his pieces are passive. It became a very vague position. At some point he just blundered a piece, but there I already have more than enough compensation; it was almost like a Zugzwang.”

Mr Thipsay told us that his compatriot Dibyendu Barua, who was supposed to travel to Amsterdam together with him and Mr Murshed (but had to cancel altogether because of heart issues), is doing OK now. He was discharged from the hospital on Friday. Mr Thipsay, in India a senior manager in a bank, only plays about two tournaments a year. “I thought it was a very nice opportunity. The pleasure to play is very big.” 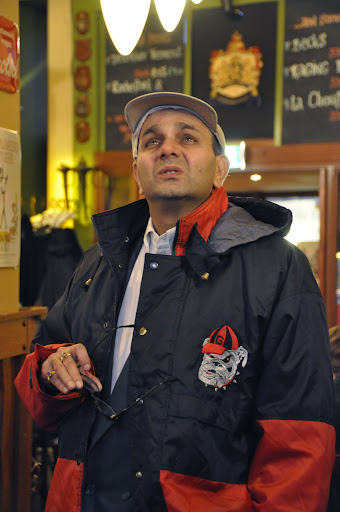 Bart Michiels defeated Robert Ris, who sacrificed a pawn in the opening (a Giuco Piano). “I played my knight to g3,” explained Michiels, “and there if you exchange the h5 bishop for the f3 knight you’re just worse.” At first the Belgian IM had underestimated Black’s chances. “But now, after the analysis, it seems that Black doesn’t have enough compensation. The position was similar to the Marshall, but a better version for White.” 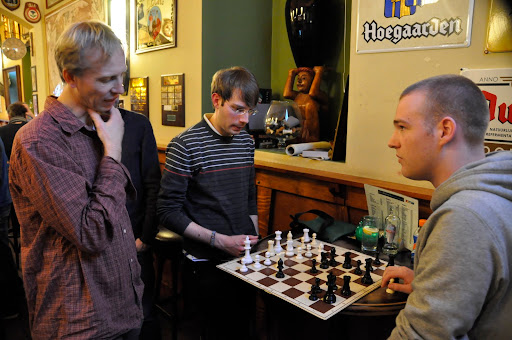 IM Manuel Bosboom played White for the first time, and won his first game – quite a good game in fact. “It went well. I chose a quiet set-up against his Dutch Defence – a double financhetto. At some point Black had to come with …e5 or …b5 and he chose the latter. It’s not something to worry about because I can try to make use of his weak squares, and in the game I could even sacrifice and exchange which was very strong.” 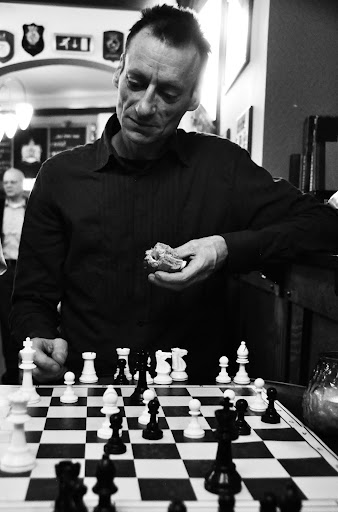 The last game to finish was Van Kampen-Van Delft. Things didn’t go so bad for Black in the opening, to say the least. After accurate play in a h3 Najdorf Black missed a change in the early middlegame. Van Delft, who is sharing his games on Facebook, wrote about the game: “Actually I got the timing of …e5 wrong. I already considered it on move 17, but correctly decided against it. When I played it on move 21 I was already in trouble, but playing it on move 19 seems to give black the upper hand.”

Indeed, after 19…e5! it’s not easy to find a good way to play for White. After 19… Rb5? 20. g6 Bf6 21. Qc4 e5 22. f5 h6 23. Rd5 White had a strong bind over the light squares which eventually led to the win of a pawn. Surprisingly, the computer found a way to draw in a position where White seemed to be dominating completely, which shows how tricky middle-games with opposite coloured bishops can be. 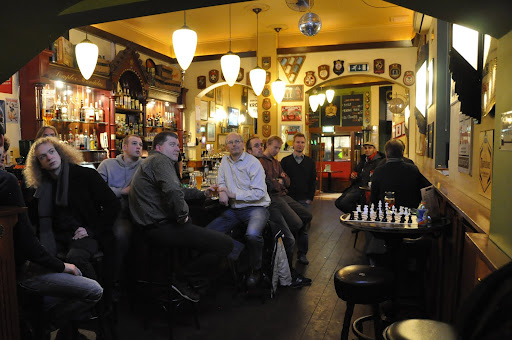